This is an old revision of the document!

Videos about Our Work

Or if you have a bit more time, check out this video about our work with NVIDIA:

2019-08-08 We're about to finish Wildbook 7.0! We're excited about the improvements and will provide a summary list here shortly. Currently we're running it in production on whaleshark.org and iot.wildbook.org with giraffespotter.org soon to follow. If you're building Wildbook, the 7.x branch has the latest for this release:

According to a July 2017 study in the Proceedings of the National Academy of Sciences, a “sixth mass extinction” is underway, a trend signalled by widespread vertebrate losses that “will have negative cascading consequences on ecosystem functioning and services vital to sustaining civilization.” This meta-study is based on multiple, independent analyses and represents a growing awareness in the wildlife research community that more rapid assessment, response, and review are needed to understand and counter this decline.

Unfortunately, wildlife research efforts are frequently underfunded and small scale. The collection and management of wildlife data remains a largely ad hoc and academic exercise focused on moving small data sets (often in Excel and Access) into local, custom population studies for “one-off” analyses without long-term data curation or collaboration across borders and regions. Arriving at a critical mass of data for population analysis can take years (especially for rare or endangered species). Long required observation periods and manual data processing (e.g., matching photos “by eye”) can create multi-year lags between study initialization and scientific results, as well as create conclusions too coarse or slow for effective and optimizable conservation action. This limits the scope, scale, repeatability, continuity, and ROI of the studies as they face the limits of their home-grown tools and IT capabilities.

Wildlife researchers lack a common yet customizable platform for collaboration and often don’t have the technical experience or budget to take advantage of advanced computing tools (e.g., computer vision, artificial intelligence). These tools allows projects to obtain, curate, and analyze “Big Data”, such as the potential of citizen scientists to collect and contribute large volumes of wildlife data through tourism and volunteerism.

Data Management in the Cloud

The biological and statistical communities already support a number of excellent tools, such as Program MARK,GenAlEx, and SOCPROG for use in analyzing wildlife data. Wildbook is a complementary software application that:

Gateway to A.I. and Computer Vision

Images have become the most abundant, available and cheap source of data. The explosive growth in the use of digital cameras, together with rapid innovations in storage technology and automatic image analysis software, makes this vision possible particularly for large animals with distinctive striped, spotted, wrinkled or notched markings, such as elephants, giraffes and zebras. This large number of collected images must be analyzed automatically to produce a database that records who the animals are, where they are, and when they were photographed. Combining this with geographic, environmental, behavioral and climate data would enable the determination of what the animals are doing, and why they are doing it.

Wildbook integrates the data management software of Wild Me with the computer vision and A.I. research of RPI. Wildbook includes a two-part, multi-species computer vision pipeline to find and identify individual animals in photos collected under real-world conditions, especially with citizen science contribution.

Our detection pipeline is a cascade of deep convolutional neural networks (DCNNs) that applies a fully-connected classifier on extracted features. Three separate networks produce: (1) whole-scene classifications looking for specific species of animals in the photograph, (2) object annotation bounding box localizations, and (3) the viewpoint, quality, and final species classifications for the candidate bounding boxes.

In Wildbook, A.I.-powered detection finds and labels wildlife in photos.

The second major computer vision step is identification, which assigns a name label to each annotation from detection. To do this, SIFT descriptors are first extracted and then compared at keypoint locations. Scores from the query that match the same individual are accumulated to produce a single potential score for each animal. The animals in the database are then ranked by their accumulated scores. A post-processing step spatially verifies the descriptor matches and then re-scores and re-ranks the database individuals.

The results of computer vision are returned to Wildbook’s data management software, which supports rapid curation, export, and analysis. Data can be rapidly viewed in tables, maps, charts, calendars, and as thumbnails. Data can also be searched, filtered, and used in R, Mark, ArcGIS, Google Earth, and other applications.

Wildbook is used in public and private installations.

Learn how to get Wildbook.

Wildbook has an R package available at: https://cran.r-project.org/web/packages/RWildbook/index.html

The following support options can help you use Wildbook.

Wildbook® is always free and open source. We are a community of IT professionals and wildlife researchers maintaining and improving a 21st century platform. However, sometimes you may need extra help on a deadline. Our non-profit Wild Me offers professional hosting and customization to fit your project's requirements. This helps us fund our non-profit projects. Contact us if you need help!

Jason Holmberg is the Director of Engineering for Wildbook. Jon Van Oast, Drew Blount, and Colin Kingen are the primary software developers. Jason Parham is our machine learning specialist. Together we bring a wealth of professional software engineering experience to Wildbook. 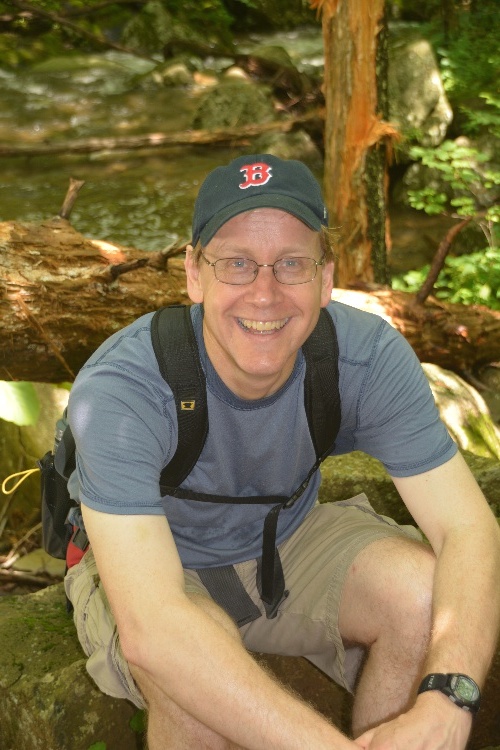 Dr. Jonathan Crall is one of the original developers of Wildbook's computer vision components under the IBEIS project and specializes in individual animal identification challenges in computer vision.

Dr. Scott Baker of Oregon State University designed the DNA-related components within the software and remains an active adviser on the project.

Ongoing support for Wildbook is funded by the Gordon and Betty Moore Foundation, Microsoft's A.I. for Earth Program, Pineapple Fund, collaborative co-investment by users, and donations to Wild Me.

Past development work for Wildbook has been supported by:

Check out some screenshots of Wildbook in action.

You can help move Wildbook forward by making a donation! Your donation is tax deductible in the United States.

Can you donate BitCoin or Ethereum?

The following publications have resulted or been supported by Wildbook-related work:

The following publications have influenced our design and development of Wildbook:

Wildbook is a registered trademark of Wild Me.

Wildbook is distributed under the GPL v2 open source license.